The Rutgers Esports Center was established in 2020 as the physical home of Rutgers’ online gaming community. It is a place where gamers from around Rutgers University – both competitive and casual – can come together. 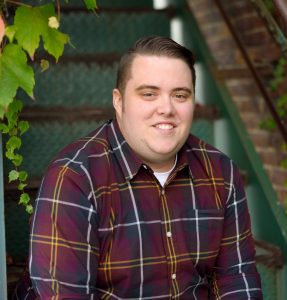 Michael Fay is the Manager of the Esports Center at Rutgers, The State University of New Jersey. His professional career centers around one foundational belief: that with forethought and intention, gaming can be used as a platform to amplify personal development. Michael first applied that belief in the Higher Education space as the founder of the first comprehensive esports department at a Division I University through his role as Director of Esports and Head Coach at The University of Akron from 2017-2019. Prior to Higher Ed, he developed a Twitch.tv and YouTube following for his strategic analysis of Overwatch gameplay and the esports industry as a whole. Michael’s videos have received hundreds of thousands of views and his following jumpstarted a freelance career as an Overwatch commentator. Since 2015 he’s produced, hosted, and commentated tournament broadcasts for notable brands such as Microsoft, Alienware, and Discord. Michael received his MFA in Emergent Media from Champlain College where he specialized in design thinking and online community building. During his graduate studies, Michael worked as a Project Management Fellow at Champlain College’s Emergent Media Center where he facilitated cross-disciplinary production teams in the creation of games and apps designed to drive social change for the United Nations, the University of Vermont Medical Center, and the International Association of Human Trafficking Investigators. Michael has taught courses on the History of Esports, Esports & Society, the Business of Esports, and Esports Broadcasting at institutions such as Amherst College, The University of Akron, and Champlain College.

Mission
Our mission is to create opportunities for student-gamers to acquire crucial academic, social, and psychological skills through partaking in the Esports Center services, programming, and community.

Vision
We believe that students are best suited to develop and grow when they are given the opportunity to learn through the lens of their passions. We aim to improve the student experience, enhance academic learning opportunities, and create an area of distinction for the University through creating a physical home in which to foster the growth of the Rutgers gaming community.

In addition to all rules outlined in the University Code of Student Conduct, the following regulations have been set for all guests of the Esports Center: